Disciples of Jesus vs. Americanist Christianity

‘Nuff said about the division in our society and, so sadly, between folks who call themselves Christians. The base problem we suffer in the USA is worldliness–vs. discipleship–and its impact upon “regular” churchgoers who, in 2019, spent a mere 60 minutes listening to live sermons (2/mo.) designed with the intention of equipping attendees to live throughout that month as the Light of the World. The decline of the noble role of the husband and father, our human nature and lack of self-discipline, plus an accelerating obeisance to entertainment, fuels the immoral “passions” as marketed and monetized to us by over 2,000 media “impressions” per day. Add to that the American Dream (or our right to have it), general peer pressure, and our resolve to withstand this-worldly overload often undermine our spiritual lives.

Thus, unless the Christian has significant anchors in addition to church services, vital and regular connections in a women’s or men’s group (men won’t get real in front of women and women won’t disclose in front of men)–and reading and meditating upon Scripture, listening for the voice of God, or meditate upon Christ-cultured or affirming truth, the weight of messaging by the secular downloads is far greater than the typical Christian-biblical cultural world-perspective. To the mind and heart of most Christian men or women with little unless a Believer puts on the Armor of God, aligning and investing in Kingdom thinking, and priorities, much of our time and money will flow towards idols. We have become like the Ancient Greeks, yet far surpassing the 100’s of gods on Mars Hill. All of whom required blood sacrifices(or skin in the game) to appease.

I am an American citizen by birth–a status I did nothing to earn in any way. The odds of me being born here were 4 out of 96. I’m both stunned and grateful to God for this privilege. Yet, to whom much is given, much is required.

As a leader of an international Christian non-profit, I see big differences between church attenders in the US and active Believers living out their Redeemer’s calling in developing nations. Many have decided to live separated lives from their world, and operate as citizen-ambassadors of Heaven without rights on Earth, are disguised as loving servants. In fact, they are Warrior-insurgents, and noble-minded Kingdom-rescuers of this fallen planet.

Disciples of Jesus don’t put their faith in their government, nor rail on them when they don’t recognize “our RIGHTS” when things don’t go the way we like. 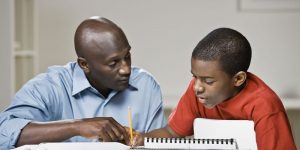 Disciples of Jesus do not “believe in” the Bill of Rights, but choose the Believers Bill of Rights–the Beatitudes of Jesus (Matthew 5). THAT unveils the heart of our mentor-servant-savior-king Jesus. Jesus, who modeled the servant’s heart of a slave to all when he said, “The Son of Man did not come to make you his slaves, but to be a slave–and give his life as a ransom for many.”  Adding to this impossible truth,  he must be quite frustrated by most of us who willingly sing, “I Surrender All.” when most who, like the rich young ruler, have balked at surrendering anything.

as an adopted son or daughter of Father-God, not as an American citizen born with the National Anthem on our lips. Nor will we find our foundational power in demandingly seeking recovery of our Constitutional rights and protections.

the weight of mass-messaging by the secular forces is far greater than the typical Christian-biblical cultural world-perspective.

I am very thankful to God for the USA! The Worlds Lighthouse of the Goispelnow for over 200 years. The Founders penned these inspired, ingenious, & time-tested documents AND the hair’s-breadth struggle that made her a free sovereign and shining paradigm of religious freedom’s mastery over monarchial oppression. Personally, I’m staggered at the apparent providence of being born in the 4.25% (of US Citizens) vs. the global population, and appalled we would raise our unearned entitled voices to bitch and revile her government on Mt. Facebook! We would, it seems, would rather swagger around claiming our rights against fascism than deal courageously with the Princedoms of Darkness assigned to the Regions of the world by Satan, which is clearly stated over and over by Jesus and in the Epistles, as our only justified spiritual warfare.

Citizens of faith have been dismissed and discounted by policymakers for years due to spiritual sloth, hypocrisy, and our non-kenetic responses to the call to ACTION–the “Go” of doing good works of service to others. Church-goers–or worse–those who watch their favorite sermon of the week on their device–who think it heroic to risk disclosing they believe in and follow Jesus. They might craftily boast of their love for the lost by getting up the nerve to ask a neighbor to church after 5 years of procrastination. This invitation was done instead of using hospitality to build trust, hanging out to hear their story, or fasting and praying for them. Then, endemic cowards that we are, we expect the minister to set up and pop the question (“with all heads bowed, and eyes closed, look at me if you want to meet Jesus”). If the moment does not happen, they feel saddened, for the moment is gone! Why? The possibility of enduring the persecution of being rejected by someone is unthinkable!

Is Revival the Answer?

Before and after the last presidential election, I’ve heard conversations and seen it posted on social media, “We need to all be praying for revival,” or “Revival will take back out County.” Yet even a shallow review of biblical and church history will not support a call to revival as a doable goal. Why? It is because every revival in Israel or during the church ages past came AFTER a few and then massive move of brokenness by the Holy Spirit came upon the 1) Spiritual Leaders and 2) God’s people cries out in contrition, fasting, prayer vigils, self-humbling, and REPENTANCE (seaning: Stop! turn around, and go the way of righteousness) from sins had occurred.

Unfortunately, history has also proven that human will, pride, and the lust for pleasure are highly resistant to all but the most extreme trials allowed to happen to God’s people; universal loss, suffering, death, humiliation, and plague. That is what it takes for His People to repent. We are not there yet, for sure, but it is coming soon.

It is time for men-with humility and sensitivity to our wife’s assumption of our abdicated responsibilities–to begin filling the gaps of men of God were supposed to fill–but they abandoned their posts. Spiritual protection and ministry to your family as the priestly leader of your home is a good place to start. Core 300’s Priest course attends to teach what needs to be learned. The Watchmen must stand again–ready for War–and look to the horizon in God’s Armor.

For those who wish to attain to–and endure and retain their footing on the Narrow Road as disciples of Jesus–it is time for common men to seek the Lord. Look to and study the biblical overcomers, be intentional in the choices for the company that you make, and fight for unity in your circle of fellowship. Then put on our big boy pants!

Even so, Maranatha–Come Lord Jesus!

Core 300 is a unique system for awakening and transforming a man, preparing him as a transformer and servant-watchman for his family, and empowering him as a leader-maker in his community